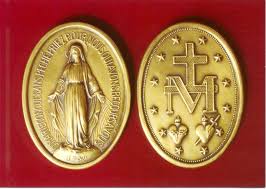 “The medals mother was wearing when she died”

My wife has died. Six months ago it was, and I still say it like that – my wife has died. As if it happened a few minutes ago or yesterday. It seems to make the loneliness easier to bear. And letters still come for her. I wonder sometimes how long it takes for death and absence to filter through to distant friends and the bank and the Reader’s Digest. I went to the bank the other day and said to the little girl behind the glass in a loud and desperate voice, ‘My wife has died and you must stop sending letters to her about anything whatsoever. Please understand,’ I said, ‘my wife will not borrow money from you. She will not be requiring a Visa card.’ The girl was very nice and got the manager and he apologised and all the other customers in the queues looked sorry but they looked away. Then of course the next day the bank sent Marjory a letter about interest rates. I tore it up.

I tore up the letter and threw it in the fire and it curled and went brown and wouldn’t seem to burn. Not like the things from Reader’s Digestthat flare up and spurt out sudden flames of green and blue and purple. I burned a lot of Marjory’s things in the garden incinerator. Things I couldn’t bring myself to sort or think about. Like Christmas cards and letters and the half-finished tapestry of the Laughing Cavalier. How could you, Dad, the girls said when I told them. The Laughing Cavalier, they said, very shocked. I never liked the cavalier myself, and half of him seemed to me to be of no use to anyone. But Anne said she would have finished it and turned it into a shopping bag. Then Elizabeth started arguing and said it should have been framed and hung in the hall just as it was. I must say I was glad I’d already burnt the thing. Susan had the sense not to say anything. So nobody knew which side she was on. She’s like that.

No nonsense about Susan. Never has been. It’s lucky she lives the closest so that it was natural for her to help me with Marjory’s things, the clothes. Susan just came round every day for a week or so and folded things up into boxes and then she got St Vincent de Paul to come. ‘I’ll put the shoes in the garbage,’ Susan said, and I was scarcely listening. But suddenly I had a memory of Marjory years ago at a party in her red satin dress and the red shoes we bought in Venice. I went rushing into the bedroom where Susan had what looked like dozens of pairs of old shoes on the bed. They were all sad and brown and grey and black. One white pair and a few pairs of coloured slippers, pastel. ‘The red ones,’ I said, ‘what have you done with your mother’s red shoes.’ They were already in the rubbish tin mixed up with some celery. I fished them out and Susan looked at me strangely and said nothing. I said the shoes reminded me of very happy times – Venice and the party, and so on – I said. Susan said where would I put them and she looked down at my feet. I had a clear understanding that she wondered in the moment if I was going to dress up in her mother’s things. Nothing further from my mind, and my feet are size eleven.

I keep the shoes on the floor of the wardrobe alongside my own shoes. I fancy the ghost of Marjory dances in and out of the wardrobe. I’m sorry I didn’t keep a dress of two hanging there. I even looked in the doorway of St Vincent de Paul one day, half thinking I’d go in and buy one of Marjory’s dresses, but I couldn’t stand the smell of the place.

And I came away from there knowing that the only thing I really wanted was the shoes. She loved them so. For some reason I can not explain, I could not bear to keep Marjory’s holy medals. I believed they should have been buried with her, but the sister at the hospital put them in a little box and gave them to Susan. ‘Your mother’s medal, Susan,’ she said, and pressed the box into Susan’s hand. ‘She was wearing them when she died.’ So Susan took them home and in her very sensible and literal way she wrote in pencil on the lid of the box, ‘The medals Mother was wearing when she died.’ It was the Johnson & Johnson box that had contained six thin oval bunion plasters. And all Marjory’s dear medals – Perpetual Succour, Philomena, Miraculous, Scapular, Mater Dolorosa, Little Flower – plus two Pius Xs, one attached to a crucifix. All her medals in the thin black drawer that slid in and out. Susan wrote on the lid and came round and gave the box to me. But I said, ‘You have them, Susan. Or share them up with your sisters.’ Susan said nothing and she took the box away. I can’t say how much that box offended me. And Susan’s label – ‘The medals Mother was wearing when she died’. And the date.

She died on the eighth of November and soon it will be May. I wish the bank and theReader’s Digestand the girls would leave me to my thoughts. But Elizabeth and Anne have both rung me today to tell me in their differing ways that Susan has done something unforgivable. Nothing, I said, is unforgivable. This is, they said. But what has she done, I asked, what has she really done. ‘She has sent Mother’s lace tablecloths and pillow shams and handkerchief sachets to the second-hand stall at the Maytime Fair.’ I said if they had wanted those things they should have taken them. They didn’t exactly want them, they said, but they should not have gone onto the second-hand stall at the convent. Actually, Elizabeth said, it’s the antique stall. Dealers come with magnifying glasses and snap things up and take them off and sell them for a fortune. I said they should be happy with the pieces of fine jewellery their mother left to them. And the china and crystal. I look around as I speak and think the house is almost empty. The china cabinet used to be so crowded with daffodil-pattern Royal Doulton.

I stop listening to the girls. I close my ears and think of Marjory’s bright red shoes waiting for her in the wardrobe. I go deaf. I go stupid. (He is so deaf, they say. So stupid. Susan gets away with anything.)

I learn to cook and weed the borders. Old world pastel pansies that Marjory loved so much. I walk the dog and look up at the sky and think it’s going to rain. Marjory’s floral bookmark flutters from the pages of the last book she was reading. Ivanhoe. She liked to read. Six months and it seems to be a lifetime and I miss her so. I have her shoes. And what I do not tell Anne and Elizabeth is this: I think that with the tablecloths and pillow shams that Susan sent to the Maytime Fair, there would have been some other things. I think Susan sent the medals. Someone, I believe, will buy the bunion-plaster box of medals for a fortune or a song. And the strange thing is – it doesn’t matter to me. I don’t care.